Redmond is a solicitor at the Firm, having joined in 2019. Redmond obtained his Bachelor of Laws (Hons) (1st Class) from Victoria University of Wellington in 2012 and was admitted to the New Zealand roll of solicitors the following year.

Prior to relocating to Queensland, Redmond was employed as a solicitor in commercial litigation role in Auckland, before taking a position as an Associate at an international Legal500 firm in Doha, Qatar. Thereafter, Redmond worked at the Brisbane office of another international firm before moving to the Sunshine Coast.

Redmond enjoys spending time with his young family, as well as playing basketball and kitesurfing.

Redmond is currently a committee member of the Sunshine Coast Law Association and is admitted to practice Queensland. 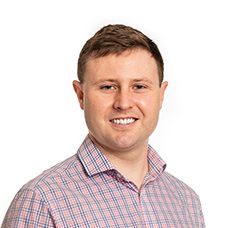